Local school children from St Werburgh’s joined villagers both young and old in paying their respects with a silence followed by the laying of wreaths and the placing of wooden crosses with the names of the fallen written on to them. One of the wreaths laid this year was from the project team.

Present were members  of the project team, the Royal British Legion and relatives of some of the men who lost their lives as the result of  the First World War.

The solemn event even saw two HGV drivers stop to pay their respects with one joining the gathering around the war memorial.

This was the first Armistice Day event since works around the war memorial were completed which includes cutting back some of the vegetation around  the site. 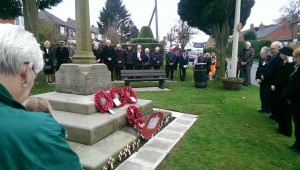 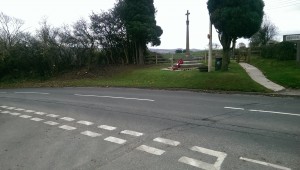