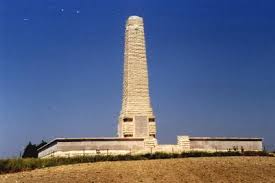 In 1891 the family are living at Sweet Hill Farm, Boundary, near Cheadle, with John Salt senior, and  sisters Mary Ann 9 and Ellen 11. John Salt’s occupation is given as farmer.(1891 Census)

By the 1901 census the family are living at Hatchley, which is believed to be modern day Hatchley Farm, Bate Lane, near Dilhorne. Thomas’s father is still farming, Mary Ann is married and called Walters and Ellen has moved out . Thomas does not have an occupation recorded against his name.

Thomas Salt married Florence May Carr on 10th October 1909 at Fenton. Their home address was given as 30 Alfred Street Fenton. Thomas’s occupation was given as a Butcher, as was his Father. (Marriage Certificate)

In 1911 at the census of that year the family were living at Dilhorne Lane, Forsbrook and had two children, Florence May, aged 2 yrs and Agnes aged 6 months. Thomas’s occupation was recorded as a General Farm Labourer.

The same census indicates his parents were living at Cash Heath between Blythe Bridge and Dilhorne, where his father was recorded as being a Farmer.

It is assumed that some time after the start of the war and perhaps very early on Thomas Salt joined the army and was posted to the 7th Battalion North Staffordshire Regiment. He may have been a Territorial soldier before the war.

This battalion was formed in 1914 and based initially in Tidworth on Salisbury plain. By January of the following year the unit was at Basingstoke and then Aldershot before sailing from Avonmouth in June 1915 bound for Gallipoli.

Thomas Salt died on 9th October 1915. He is commemorated at the Helles Memorial in Western Turkey in memory of the 21,000 servicemen lost during the Gallipoli Campaign many who have no known grave. On the date of his death Thomas Salt was the only man from the North Staffords to lose his life.

The war diary of the battalion has been obtained and shows that at the time of Thomas Salts death they were on the front line in Gallipoli occupying fire trenches known as B65, B66 and B67. They relieved battalions of  the Gloucestershire Regiment and the Warwickshire Regiment on 3rd October 1915.

The following night saw a covering party escorting a digging party to a point called Gloster Post some 50 yards in front of their trenches. This post had to that point being used as an listening post for 6 men each night. Work carried out allowed for better communications and occupation day and night.

On each of the nights of 7th,8th and 9th October a small party of men went out into no man’s land right up to the Turkish trenches gaining intelligence and sketching their layouts.

On the 8th October the Stafford’s were subjected to what was described as asphyxiating bombing by the enemy in the area of C Companies trenches. This is assumed to be a reference to the use of chemical weapons.

There are no entries for 9th October 1915 other than a reference to the forays into no man’s land.

On the 10th October 120 men joined as  reinforcements from Madras in India.

There is no direct mention of any action that could be attributed to Thomas Salt’s death. On the day he died there was only one other casualty who was wounded and to that point there had been few casualties. Indeed over the whole month of October casualties were  5 killed and 13 wounded.

The battalion was evacuated from  Gallipoli in January 1916 going to Port Said in Egypt  and camping there. They remained in the middle east for the duration of the war ending it in Baku the capital of modern day Azerbaijan.

Further tragedy was to befall the family weeks after Thomas Salt died. The Cheadle and Tean Times newspaper reported on 3rd November 1915 that Mary Ellen Carr the 14 year old sister of Florence Carr died having had her clothes caught alight whilst cooking at her sister’s home. She was taken to Cheadle Hospital but later died.

Footnote 1: The 8 month campaign in Gallipoli was fought by Commonwealth and French forces in an attempt to force Turkey out of the war, to relieve the deadlock of the Western Front in France and Belgium, and to open a supply route to Russia through the Dardanelles and the Black Sea.  The Allies landed on the peninsula on 25 – 26 April 1915; the 29th Division at Cape Helles in the south and the Australian and New Zealand Corps north of Gaba Tepe on the west coast, an area soon known as Anzac. On 6 August, further landings were made at Suvla, just north of Anzac, and the climax of the campaign came in early August when simultaneous assaults were launched on all three fronts. However, the difficult terrain and stiff Turkish resistance soon led to the stalemate of trench warfare. From the end of August, no further serious action was fought and the lines remained unchanged. The peninsula was successfully evacuated in December and early January 1916.

Footnote 2:  The Helles Memorial serves the dual function of Commonwealth Battle Memorial for the whole Gallipoli campaign and place of commemoration for many of those Commonwealth servicemen who died there and have no known grave. The United Kingdom and Indian forces named on the memorial died in operations throughout the peninsula, the Australians at Helles. There are also panels for those who died or were buried at sea in Gallipoli waters. The memorial bears monames.