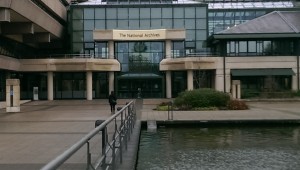 The National Archives at Kew, London

One of the requirements of our Heritage Lottery Fund was that we would visit the National Archives at Kew. This was to enable the service records of the three officers who are on our memorial to be researched.

Unlike the enlisted men who’s records are avaialble on line but only around 40% survived German bombing in the Second World War, officers records have survived the passage of time but are only avaialble to view at the archive.

Whilst viewing a documnent that can be over 100 years old on a computer gives a sense of history there is nothing like the actual document along with rusting paper clips and faded paper.

Our three officers are Robert Miles Heywood,  Rowland Auriol James Beech and his father Roland John Beech (click on their names to read their stories on a separate page)

Indeed the visit has led to other lines of enquiry that have revealed both Jim Beech and Robert Heywood as featuring in the Illustrated London News  as well as other contemporary publications that includes a fresh photograph of Robert Heywood.

Once the information has been digested the site will be updated

In addition to our own research we repaid the assistance given to us by Mike Plant from the Cheadle and District Historical Society by researching two of Cheadle’s officers namely William Aubrey Bowers and John Stanley Goodwin.

William Aubrey Bowers has a connection to Kingsley in that in 1914 he was one of the first trustees of the newly opened Reading Room on the High Street. This is now better known as the Village Hall. The other two trustees were the Rev’d Mayne and Roland John Beech. 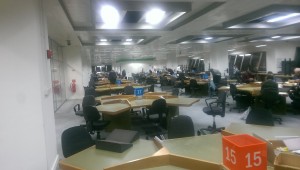