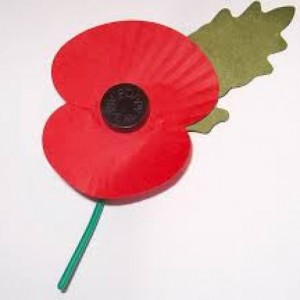 Died on this Day 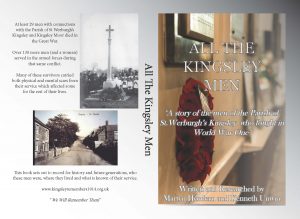 Welcome to this the website that commemorates the 29 men with links to the parish of Kingsley who lost their lives in World War One.

It also serves to commemorate all those men who returned from the war often mentally as well as physically scarred by their experiences. Rarely are their names known as only those who died were commemorated on memorials and this is the case in Kingsley.

However, the congregation of the former church of St John at Kingsley Moor only a mile or so from the village of Kingsley erected a tablet on its wall that not only commemorated those who died but those who served and were from the Kingsley Moor area.

Following the closure of the church many years ago the tablet was removed and placed within St Werburgh’s Church alongside the tablet that had been erected to commemorate the War dead just after the war.

A small group of representatives from the local community was formed in early 2014 to begin a project that was intended to record in greater detail the lives of those who had died, to try and unearth stories about those that survived and also to carry out some works around the war memorial on Dovedale Road.

was successful in a bid for Heritage Lottery funding.

This has allowed this website to be developed as well as funding further research and also carrying out works around the war memorial on Dovedale Road in the village.

In April 2017 a book written by two of the project team and based entirely on our research was published. All the Kingsley Men detailed what we know of 159 men and one woman who had links to the parish and served in WW1.

The book’s print run of 300 has almost sold out completely with all proceeds being donated to the local British Legion, St. Werburghs Church, Kingsley Holt Chapel and Kingsley Village Hall. In total in excess of £1300 has been raised.

Further research plus developments from the publication of the book has seen another 20 men or so identified and work on them is scheduled for this winter.

Please do keep returning to view the site and its developments and do contact us using the contact page if you want to get involved or have a story to contribute.

If you wish you can subscribe to the site and receive email updates – just enter your email and click subscribe – you will receive a confirmation email to complete the process.

This section of the site will display the names of those men who’s anniversary is either on the day you view or due soon. If you select the item you will see a photo where we have one and be clicking the link takes you to their story. 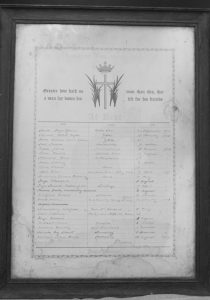 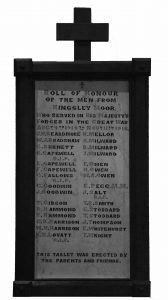 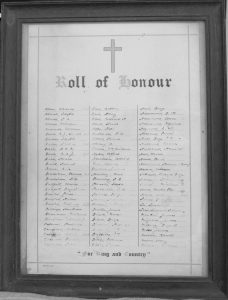 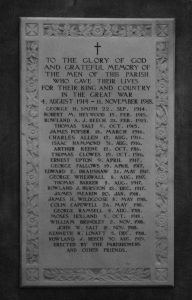