Following last month’s visit to the Somme battlefield and taking part in the Centenary commemorations of the battle those would follow the project will know we visited the graves of a number of men from the parish.

However, there were two men who were buried in the wider area whom we could not visit.

However, two weeks later one  of the project team was able to visit those two graves on his way to holiday in central France.

The graves of Edward Edwards Bradshaw and George Ramsell were visited on the early morning of 14th July at the Bucquoy Road Cemetery just  outside Arras and the Hangard Communal Cemetery Extension south-east of Amiens.

As a result there now remain just seven graves or memorials that have not been visited – one in this country for George Harris Smith and  five in France and Belgium for Colin Capwell, Thomas Barker, Robert Myles Heywood, Roland ‘Jim’ Beech and George Meakin. A seventh man Thomas Salt is commemorated on the Helles Memorial in Gallipoli.

A visit was also made to the Lochnager Crater where on 1st July 1916 a massive mine was denoted below the German lines. 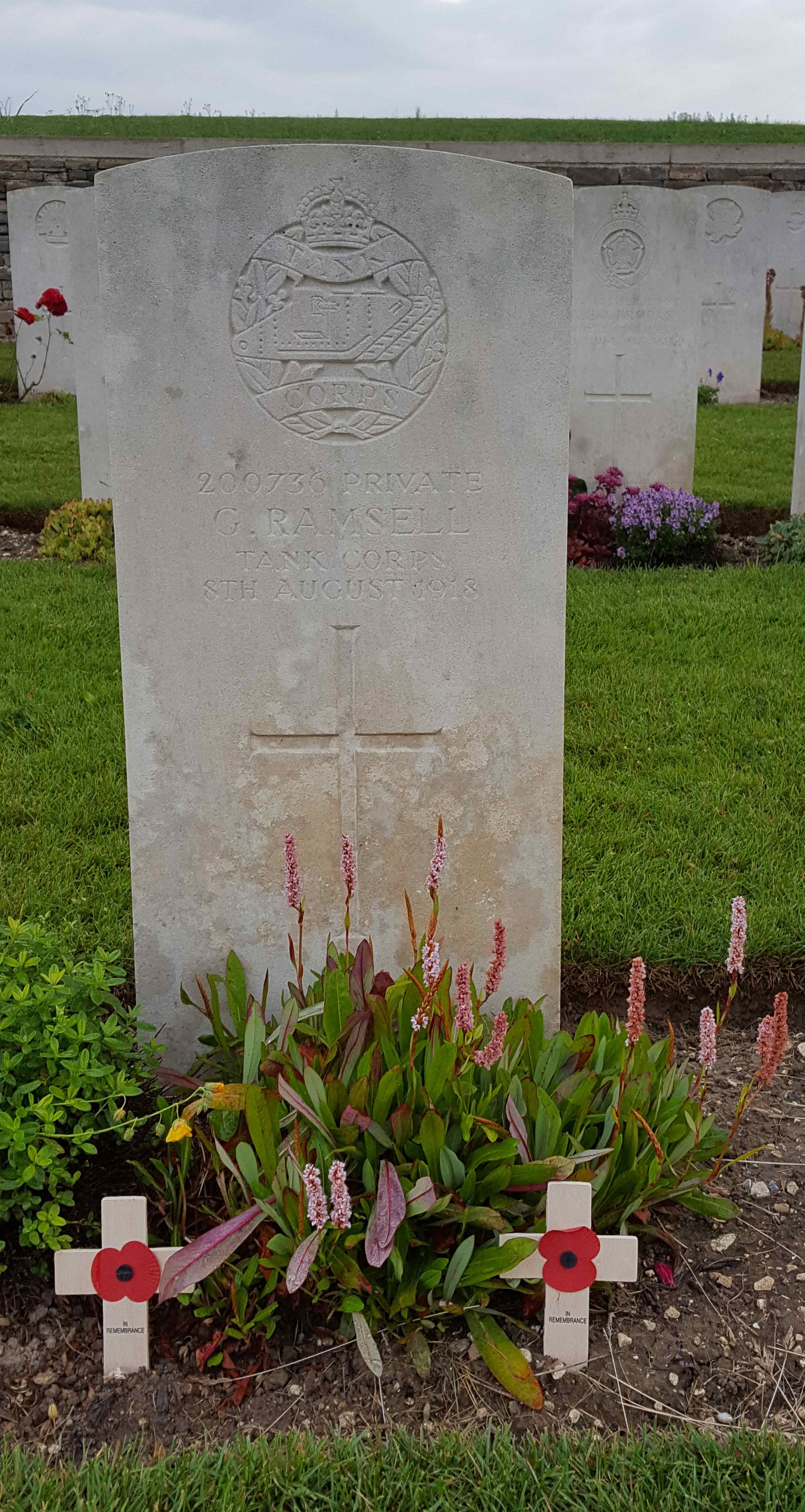